While this summer they are performing in North America a number of shows, starting October 18, the Fifth Harmony girls will enroll in their first Europe tour with a show in Marseille, France. They will tour in cities such as Germany, Switzerland, Denmark, Norway, Belgium, Luxembourg and Holland. 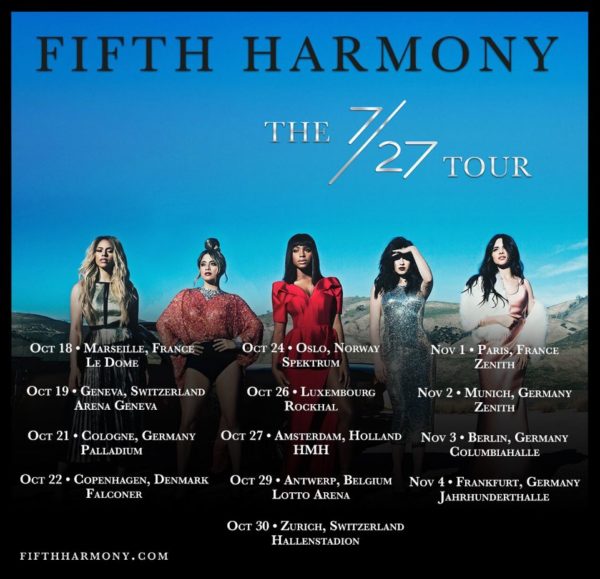