Chicago rapper Kanye West will return to New York this summer as part of his brand new The Saint Pablo world tour. He will kick off the tour with a show in Indianapolis on August 25th, and wrapping it up in Las Vegas on October 29th. West will visit nearly 40 cities across the U.S. and Canada including dates in Los Angeles, Toronto, Chicago, Montreal, Detroit, Washington DC, Miami and more.

Here is the complete list of dates of Kanye West’s The Saint Pablo world tour: 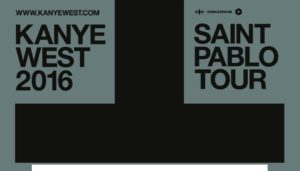