Canadian R&B singer The Weeknd just announced via Twitter he is preparing his third studio album titled Starboy. At the same with this announced he released a picture that reveals the features on this album. And the names are: Belly, Drake, Lil Uzi Vert, Nav, Playboi Carti, Travis Scott. 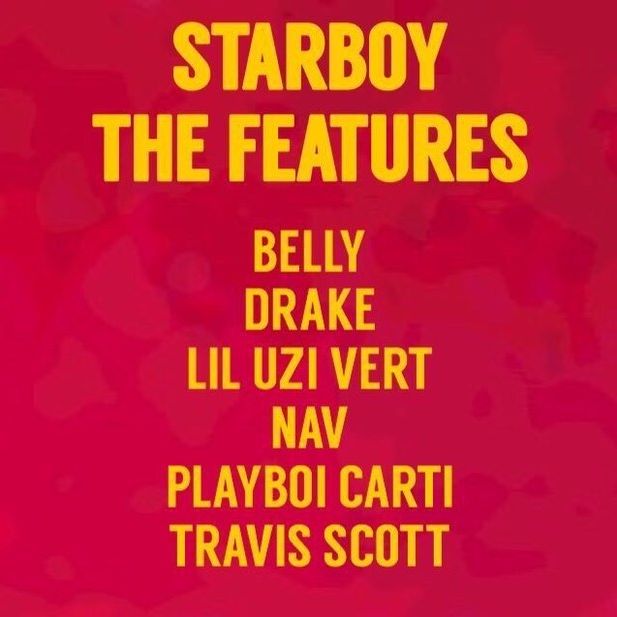 Did you also think that DRAKE is what matters the most on the album? Oh, yeah!