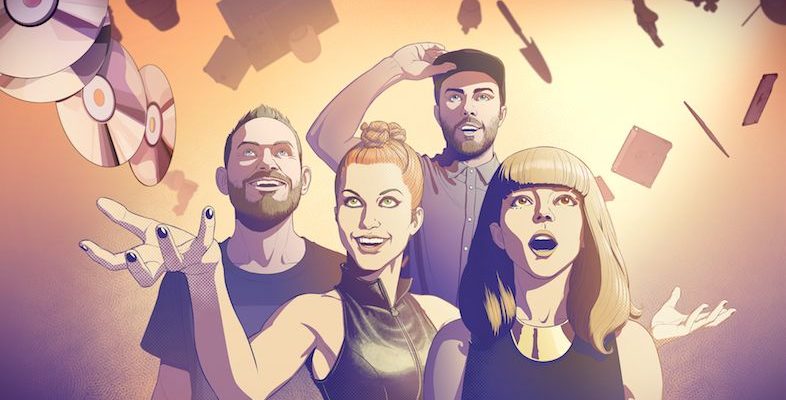 Synthpop band CHVRCHES teamed up with Paramore’s Hayley Williams for their latest single, and recently premiered the music video Bury It. The video is an awesome animated clip, made by Mighty Nice and features the band members and Williams use telekinesis to send a swarm of household objects flying around an island city.

Bury It is included on band’s Every Open Eye, and this version that features Hayley is a reworked track that was initially performed live by Williams with Chvrches in Nashville, before going on to appear with the band to play it at a number of shows including Paramore’s Parahoy! Cruise in March. An extended version of Every Open Eye will land on July 29 via Virgin EMI/Goodbye Records and will include Bury It single with Hayley Williams.