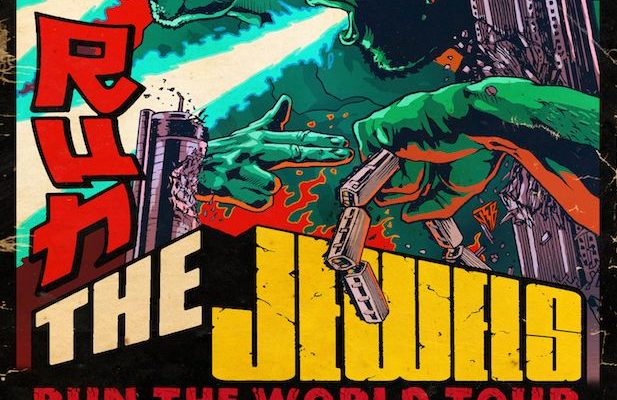 Killer Mike and El-P aka Run The Jewels are set to hit the road in January for the North American leg of their upcoming Run the World Tour in 2017. The hip-hop duo start on Jan. 11 in Philly, then brings them down through the Southeast, out to the West Coast, through the Midwest and across the northern border for a pair of Canadian dates before wrapping up on El-P’s home turf in New York City in late February. The shows will feature some very special guests, as they stated on the poster: The Gaslamp Killer, Spark Master Tape and And Cuz.

El-P also revealed that the band’s new album will probably be out at the very top of next year, just before the tour begins. They previously released Talk To Me and Panther Like a Panther off the Run the Jewels 3 album. 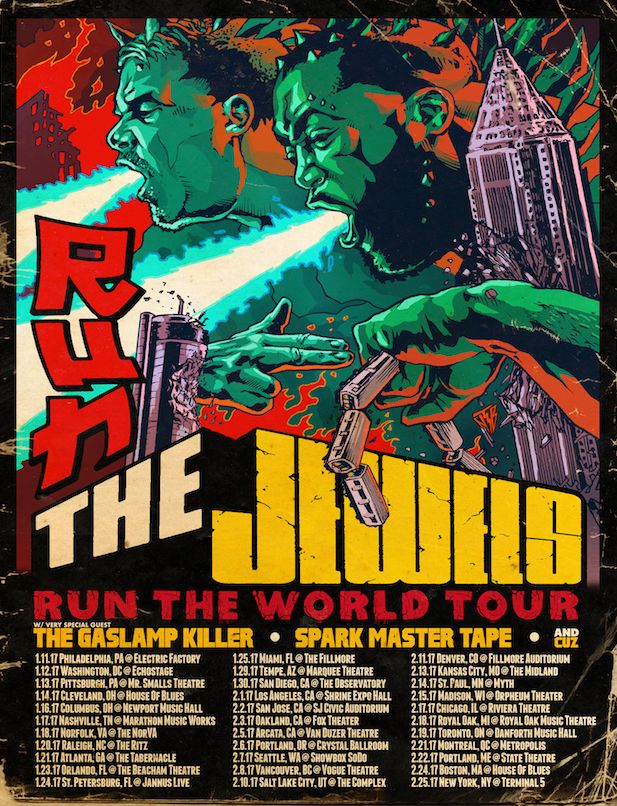